Norwegian Cruise Line has made a habit of inviting global musical superstars to act as new ship godmothers. In the case of the first of Norwegian’s Prima Class ships, pop icon Katy Perry did the honors of welcoming the Norwegian Prima into service, releasing a bottle of champagne to be broken across the Prima’s bow.
'It was so much fun to sprinkle some fairy godmother dust on Norwegian Prima and send her on her way to sail the high seas,' said Katy Perry. 'I always appreciate a family vacation and a once-in-a-lifetime experience, so I was happy to wish all the vacationing guests a happy bon voyage!'
But this christening and this ship are also charting new waters.
For one thing, the event on August 27th made history as the first major cruise ship christening in Reykjavik, Iceland. 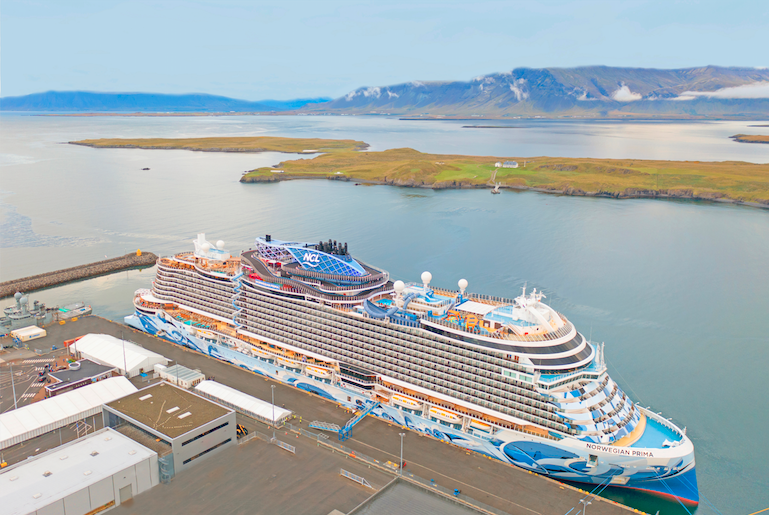 So although of course, Perry took to the stage with a powerhouse performance of some of her hits, including “Firework” and “Roar,” the christening event included performances by Icelandic talent, including EuroVision fan favorites, Icelandic singer-songwriter Bríet joining the Iceland Symphony Orchestra, and an LED lightshow by a local multi-media artist.

The first of six planned Prima-class of ships, and the 18th ship in the NCL fleet, Norwegian Prima herself is scoring off the charts in ‘firsts’ and ‘mosts,’ with some only-on-Prima experiences. 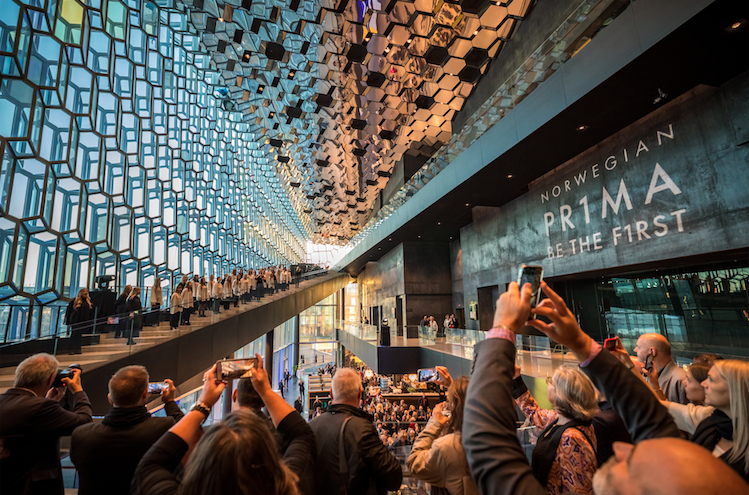 Norwegian claims the 3000-guest ship has “the highest staffing levels and space ratio of any contemporary or premium cruise ship.” Prima has “the largest variety of suite categories available at sea.” And Norwegian took the opportunity of launching a new class of ship to ‘redefine’ its famous luxury small ship-within-a-ship concept called The Haven, where guests have exclusive keycard access to their own suite, pool, lounge, and restaurant facilities.
Prima’s round-the-clock recreation includes Prima Speedway, the first three-level racetrack at sea, and the fastest waterslides on any cruise ship: the Rush and the Drop. 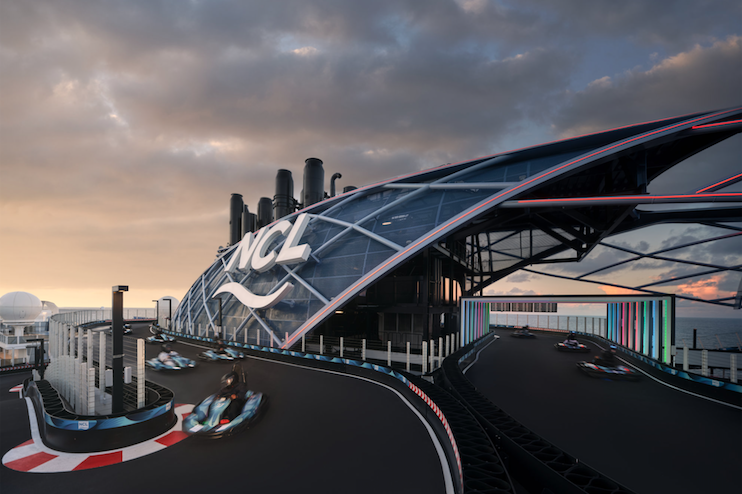 Spaces like Ocean Boulevard, the 44,000 square foot outdoor walk way which wraps around the entire ship; The Concourse, which boasts a multi-million dollar outdoor sculpture garden; and expansive pool decks and infinity style pools at Infinity Beach, offer guests a chance to slow down and relax in ‘prime’ surroundings. 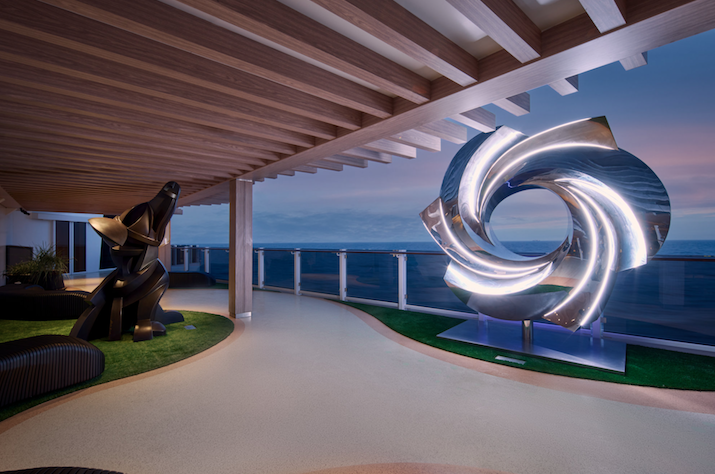 Norwegian Prima’s inaugural season is also a departure from the ordinary. She’ll be gracing ports throughout Europe and North America on a sort of ‘debut-ante’ tour.
Prima begins inaugural voyages to Northern Europe from the Netherlands, Denmark and England beginning Sept. 3, 2022, before crossing the Atlantic en route to the U.S.
She will then sail voyages to the Caribbean from New York City, Galveston, Texas, and Miami in October and November, before settling into her homeport of Port Canaveral, Fla., and Galveston, Texas for the 2023 and 2024 cruise seasons.

By: Lynn Elmhirst, Cruise/ Travel Journalist
Images courtesy of Norwegian Cruise Line
﻿
All rights reserved. You are welcome to share this material from this page, but it may not be copied, re-published, broadcast, rewritten or redistributed.

First-Ever, Statewide Waterfall Trail in the U.S. Opens Just in Time for Summer
Read More
Cruise Close to Home with Princess
Read More
The World has a New Ocean to Explore
Read More
Dial Up The Thrill Factor With Royal Caribbean
Read More
Tiny Yankicha Island in the Russian Far East Is Startlingly Beautiful
Read More
5 Ways to Explore this Country’s Desert From the Traditional to the Extreme
Read More